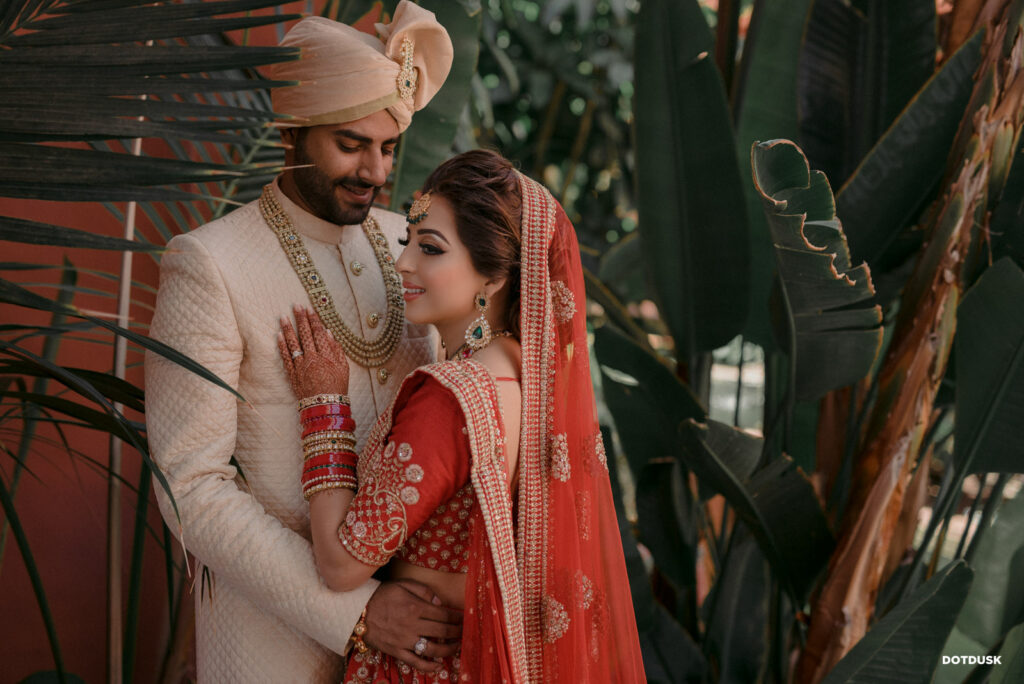 As a destination wedding planner, it’s always a pleasure to bring people’s love stories to life, but it is even more special when I know the couple personally. I’m over the moon to feature Pooja and Shohil’s wedding on the blog today and have been fortunate enough to know the bride since childhood. Fate brought us back together and it was an honour to work with the couple to plan their destination wedding in Tenerife, and I know you’ll enjoy hearing about their beautiful big day as well as enjoying the stunning imagery captured by DotDusk Studios.

“Fate took the situation into its own hands…”

Having grown up in the same building, Pooja and I lost touch for some years as we both attended university in different countries. When Pooja got engaged, her mum mentioned my name as she knew I was planning destination weddings and that Tenerife is one of my top locations to do so. Fate took the situation into its own hands, whereby a week after this conversation Pooja and her mum bumped into my own mum in Central London – completely by chance after so many years! It was then I officially became their wedding planner and the magic could begin…

“As soon as we got engaged, we knew straight away that we would be getting married in Tenerife. We wanted our wedding in Tenerife to be a holiday in a stunning destination with our closest friends and family, so this was the perfect choice. Moreover, I have a very special place in my heart for my hometown and wanted to honour my upbringing there.”

Working alongside Shohil’s cousin Rupa (who planned on behalf of the groom) we had the most brilliant time, with regular detailed meetings to discuss ideas, inspiration and proposals. It was a truly seamless experience, which was reflected throughout their three-day celebration. We wanted both families to be able to relax and enjoy every second of their wedding in Tenerife while creating endless unforgettable memories together as P + S headed into married life. Over 500 guests from all over the world attended the wedding at The Ritz-Carlton, Abama, which spanned across three days. Carry on reading to find out how the events unfolded…

Guests arrived on day one, with the KME team at both Tenerife South and Tenerife North airport to welcome each and every member as they arrived. For a lot of their guest list, it was their first time in Tenerife, and it was our job to ensure their time here was as relaxed as possible. Hospitality really is at the heart of what we do, and we knew it was just as important to the bride and groom. The special little details began from the moment people arrived, with bespoke ‘Welcome’ placards made using their colour scheme and logo, as well as coaches ready and waiting to transport guests to the hotel. They were also gifted with personalised key holders which had the event itinerary and our contact details, so we were readily available to our guests. We also put together a welcome hamper for each guest, including a personalised beach tote bag featuring the wedding logo, filled with delicious biscuits, chocolates and even hangover kits.

A Spanish welcome fiesta kicked off the weekend’s events, hosted by the Main Pool. Flamenco dancers performed at the entrance, with a Spanish-themed backdrop for photographs. We used wooden barrels, a mixture of long wooden tables with cross-back chairs, a sangria bar, huge live paella stations and churros con chocolate – YUM! The soon-to-be newlyweds made their entrance with a pyro display, while the bride looked stunning in a golden gown. Shortly afterwards, guests were transported to the after-party at Abama Beach, which had a neon theme with glow in the dark accessories, LED foam sticks, LED tables and even a glow in the dark tattoo artist. We hired the Abama beach exclusively for Pooja and Shohil, along with an open bar, DJ Chuso and Tenerife’s most infamous saxophone player. P + S also had their logo projected onto the cliffs surrounding the beach, with the party continuing into the early hours of the morning.

Day two saw Pooja’s family doing the Ghari pooja for her, while Shohil’s family did the Mandvo. The two ceremonies were held separately in different venues of the hotel as both families do different religious ceremonies. At the Ghari pooja, Pooja’s parents were the stars of the event and were showered with new clothes, jewellery and flowers galore! Shohil’s Mandvo was utter fun and his cousins covered him in haldi (which is a combination of turmeric and yoghurt paste). It is applied to the bride and groom before their wedding as it is beneficial for the skin, but we all laughed seeing Rupa and Shohil drenched in yellow paste.

In the evening, the Sangeet event took place – one of the most exciting parts of any Indian wedding. There’s a tonne of singing and dancing, with families spending weeks rehearsing their performances. The Sangeet boasted a beautiful Moroccan theme, with stylish lounge areas adorned with patterned throws, small Moroccan patterned stools, lots of colourful lanterns hanging from the ceiling and scattered around the Abama Ballroom shishas, and even a bespoke dancefloor to tie in with the décor. Waiters served dates and Moroccan tea to guests as they entered the Ballroom. For this event, the bride-to-be donned a dazzling emerald green Lehenga while the groom looked dapper in a stunning velvet sherwani. However, the highlight of the evening had to be Sukhbir Singh, who flew in all the way from Dubai to perform for the couple.

The third day of events was the wedding itself and it was as perfect as one could hope for! The groom arrived in true style, cruising through the hotel grounds in a red convertible and dressed in a beige Sabyasachi sherwani. Meanwhile, the bride was escorted to the mandap under a phoolon ki chadar made out of fresh peach and white roses, as well as gypsophila. The official ceremony took place at The Mirador Gardens, the hotel’s small slice of paradise. It’s a beautiful garden on a cliff overlooking the Atlantic Ocean with views of La Gomera Island – the perfect spot for any bride and groom. Their golden mandap was covered with over a thousand roses and overlooking the ocean, with their Hindu wedding ceremony conducted by priest Hemang Bhatt from London – one of our most renowned priests here at KME. P + S’ guests still say it was the best Hindu wedding ceremony in Tenerife to date!

Post-ceremony, the newlyweds played the Kora Kori games – whereby you fill a large bowl with milk, water, red vermillion powder, coins, fake rings and seashells. The real ring is then added into the bowl and mixed, where the bride and groom compete across three rounds to find the ring the most times. The winner is said to be the one who will rule in the relationship! These games are an ice breaker between the couple and their families, getting all of the guests involved and offering a little light entertainment for everyone. Shohil managed to win two out of three rounds! The couple then drove away in a vintage Rolls Royce to their Gala Reception dinner at the Abama Ballroom. As they made their entrance, we filled the room with a low fog to give the illusion that the couple were floating over a sky full of clouds. Shohil and close family members performed heart-warming speeches before everyone feasted on a delicious three-course meal and then danced the night away to the amazing The Edge Band from London. It really was a magical end to a three-day extravaganza of celebrations!

The morning after the wedding day, guests were dropped off at the airport, with friends and family soaking up the KME experience up until the very last second. Pooja + Shohil’s wedding in Tenerife was a particularly special one to me – half of the guests who attended the wedding have known me since I was six years old and it was truly meaningful to show my community how far I had come. The love, encouragement and support I received from all my Tenerife friends and family is something I will cherish for the rest of my life.

If you’ve fallen in love with the thought of a destination wedding in Tenerife after hearing all about Pooja + Shohil’s three-day extravaganza, get in touch with us here or drop us an email on info@karishmamanwanicom to find out more about our services. 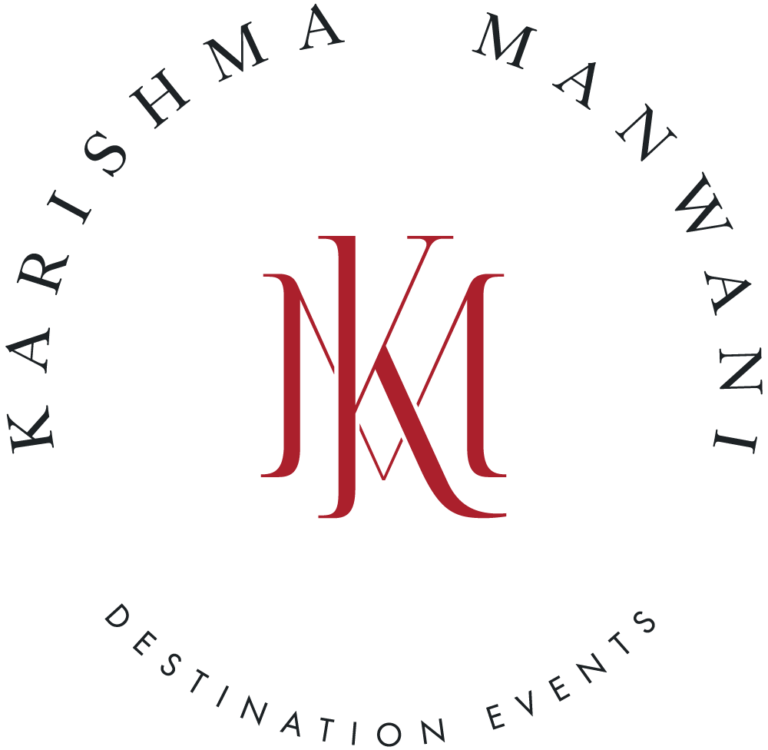 Luxury wedding planners in London, specialising in Destination, Indian, Sikh and Tamil weddings in the UK and Europe.